“Diggs Nightcrawler” is an animated detective / mystery send-off that makes good use of the “wonderbook”, which is an interactive electronic “book” which was first featured for use in the Harry Potter game “Book of Spells”.  You might even think of the wonderbook as being something of a new type of controller, an entirely new way of approaching video game play.  Needless to say, developer Moonbot Studios puts the wonderbook to great use in “Diggs Nightcrawler”; you’ll be tilting, shaking, whirling and turning the device all over the place while solving cases and gathering clues. 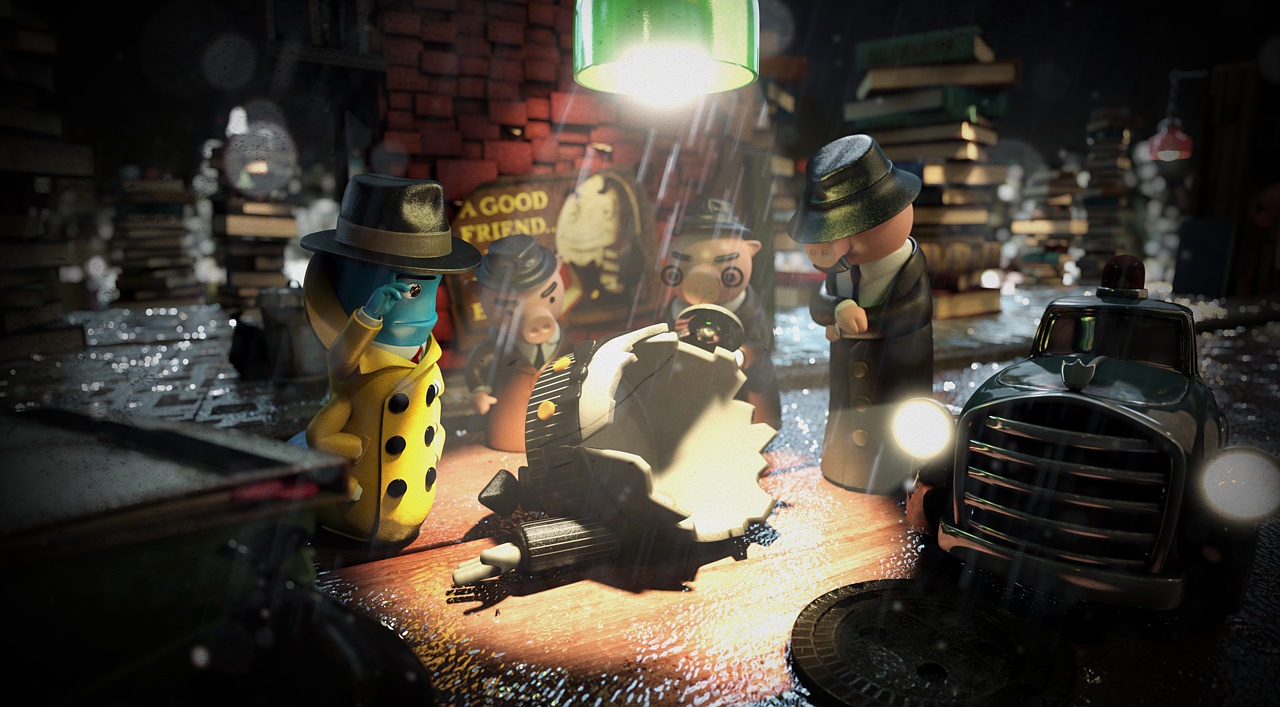 Simply put, the graphics of this title are very nice.  The game employs a highly animated art style that is both fresh as well as very stylized.  Taking place in a mostly film noir / detective environment, the likes of which you’d find in an old movie, “Diggs Nightcrawler” is a feast for the eyes.  In fact, many might be inclined to play this game simply for its incredibly visuals and top-notch audio.  Each and every scene is a treat, even the most cynically jaded gamer will stop and take notice of just how charming this game can be (at least from a visual perspective).

While there are some minor technical hiccups to contend with here and there (like having to adjust the PS eye or tilt the wonderbook), overall everything works very well.  As previously noted, the wonderbook acts as the primary controller for this tale, which plays out more like an interactive movie than a classic video game.  But don’t get the wrong idea, this isn’t a weak point, in fact, you might even say that it’s one of the stronger, more endearing features of DN.  Throughout the course of the game you straddle the line between participant and observer.  In one instance you might be helping Diggs gun down some baddies in another, you’re solving puzzles.  All in all DN is a title that presents gamers with an entirely new type of gameplay experience that based in somewhat familiar territory.

For obvious reasons, kids are going to love “Diggs Nightcrawler”.  The use of the wonderbook really brings this game to life and turns it into something special.  This isn’t to say that adults won’t also get into it though; in truth this title has a pretty wide appeal.   In terms of gripes, it would have been nice if DN was longer, it appears to have been built for younger gamers who might become bored with a more lengthy campaign.  However, it’s still a fantastic experience as it is, and anyone who owns a playstation move system should pick up a wonderbook and give it a shot.