At this point you’ve probably been drawn into the hype surrounding Crystal Dynamics’ reboot of the Tomb Raider franchise.  In short, everything you’ve heard about it is probably true (assuming we’re talking about good rumors here) – this game is amazing.

While this is in fact a bona-fide “gritty reboot”, we’re still dealing with the same Lara we’ve come to know and love; only this latest installment gives us an opportunity to see her from a different angle.  This title explores the origins of the jet-setting, acrobatic explorer and provides us with a glimpse into her remote past which appears to be quite harsh, to say the least.  All of the events which unfold throughout the course of this game help to paint a picture of a very determined hero who is absolutely determined to overcome overwhelming foes and odds while stranded on a remote island.  In short, you’ll come to understand exactly why Lara Croft is such a badass as well as why her enemies fear her. 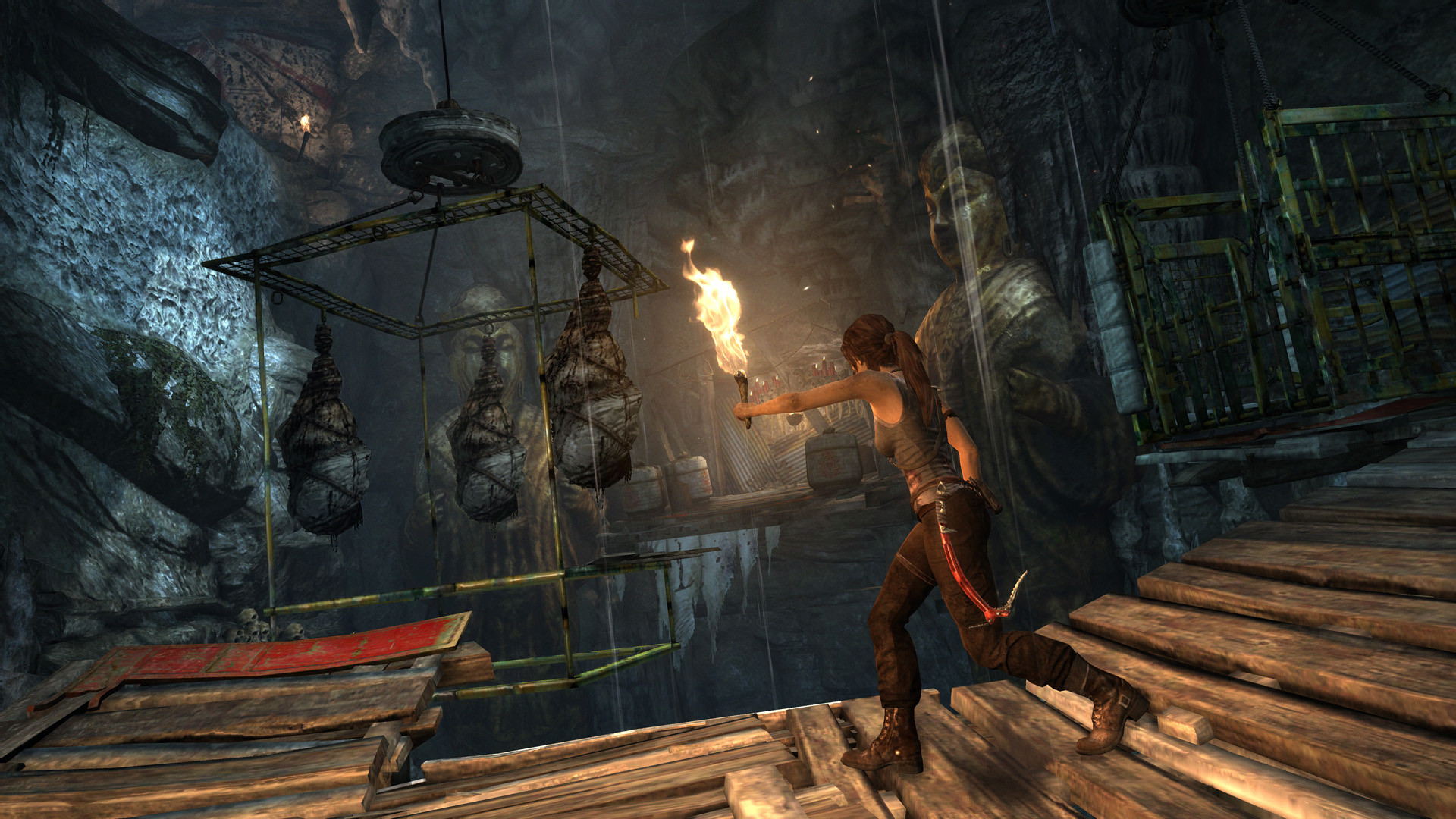 In the first hour or so you’re treated to a barrage of cut-scenes and quick-time events which help to keep the narrative flowing, fill in the story details, as well as prep you for your eventual release into the wild, so to speak.  At first glance you might think that this is an attempt to push the Tomb Raider series in a more “survival-focused” direction, but rest assured this is only temporary, soon enough the tone and direction of the game will shift into more “epic” territory…

What can one say?  This game looks absolutely fantastic.  While this title certainly pays homage to its predecessors it is infinitely better-looking in every way when compared with all the games which came before it.  The environments are well as character models possess a startling realism.  Lara’s character modeling is particularly good; in fact, most gamers will immediately be able to connect with her on a dare I say “emotional” level by virtue of the fact that every aspect of her design and execution is top-notch.  Most players will also be delighted about the various secret tombs which are scattered across the island, each one being a self-contained puzzle and looking like refined, HD-versions of some of the locations from previous installments.

To put it bluntly, Crystal Dynamics has really outdone themselves with this game in terms of its gameplay.  Where previous games where clunky and somewhat limiting, this title is brilliant in that it offers gamers so many options.  For example, weapons combat is infinitely better here and much more satisfying than ever before.  Likewise, you can discover new weapons and even perform upgrades (a first for any Tomb Raider game). 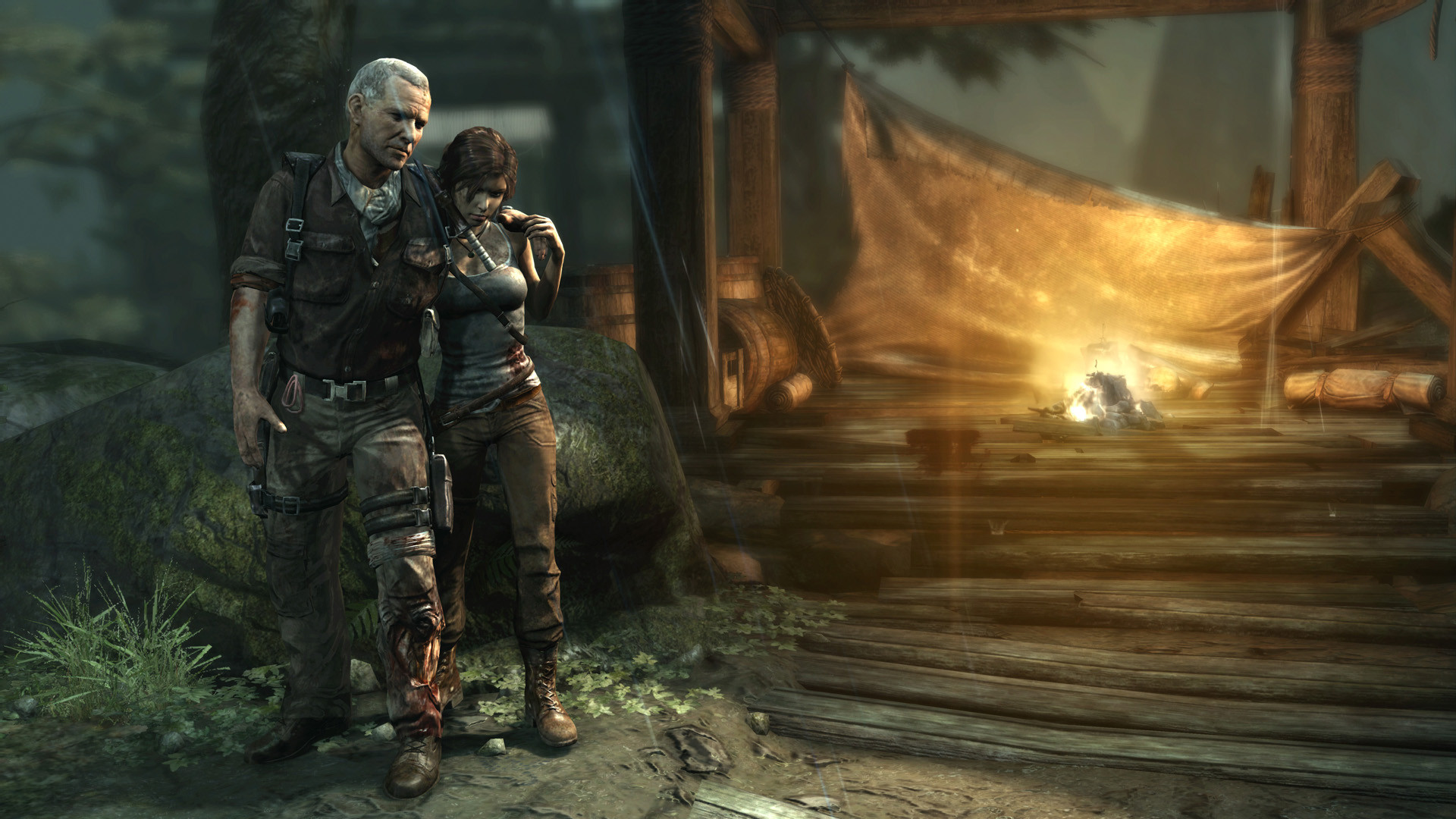 Climbing and jumping are also featured (as expected) and even this time-honored aspect of the franchise has been updated to great effect.  Additionally, the game is jam-packed with plenty of action-oriented moments and gratifying clichés which are very satisfying from an entertainment standpoint.

Hands down, this is probably the best Tomb Raider game to be released to date.  Sure, some of us might have some pretty strong nostalgic sentiments about various games from the series, but they’re not nearly as gratifying, intense or as sophisticated as 2013’s “Tomb Raider”.  To put it another way, just go out right now and pick up this game, you won’t regret it.  Fans of the series will be left breathless and newcomers will delight at the many rewarding aspects of the game’s design.