As far as exclusive games go, “The Last of Us” is certainly a big win for Sony and the PS3.  Naughty Dog’s 3rd person action / adventure survival horror pretty much does everything right.  Nearly every aspect of this game, from graphics and sound design to the gameplay and story, are expertly delivered and leave the gamer contemplating the experience.

The story itself follows the intertwined stories of the two main characters, Joel and Ellie, who are survivors stuck in the midst of a bona-fide apocalypse.  However, instead of a world ravaged by nuclear winter we find our protagonists plunged headlong into the after effects of some type of pandemic which has turned sane people into lunatics and others into infected monsters.  Nature has more or less reclaimed most areas of the environment, and broken down urban environments provide the backdrop for our two characters as they make their way across a post-collapse US. 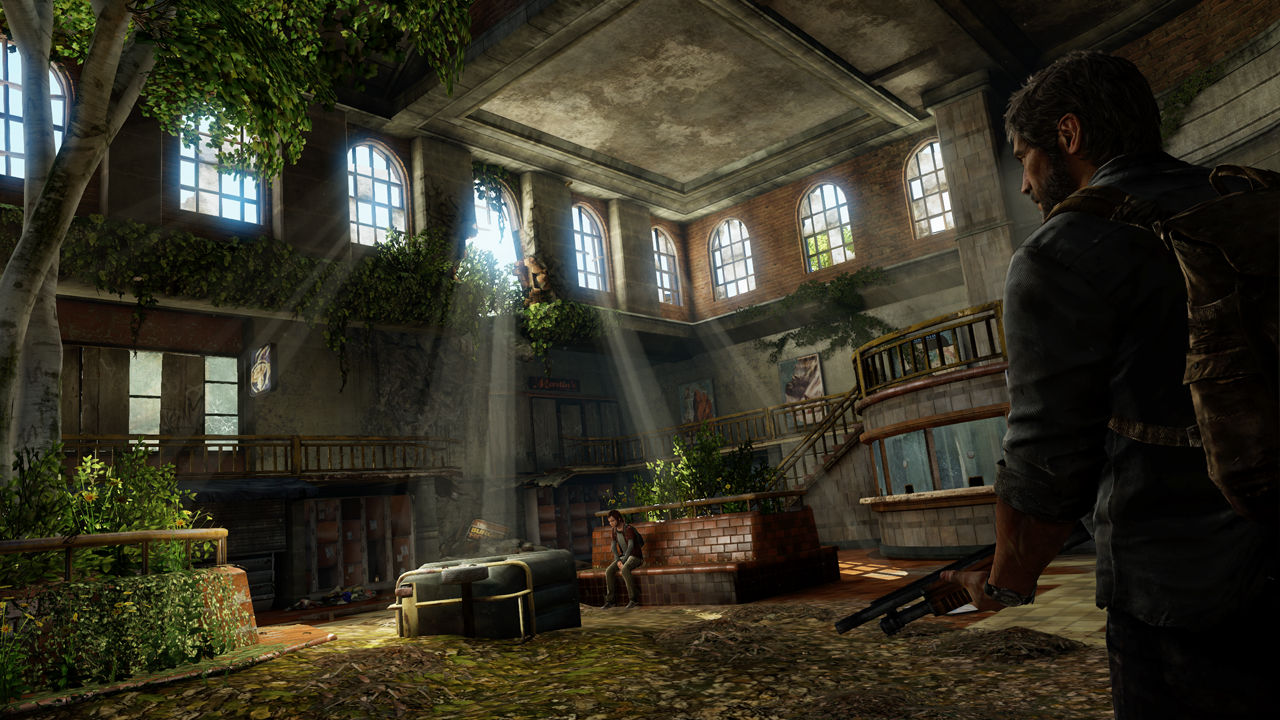 Needless to say, many of the inhabitants of this future wasteland are anything but friendly; this game provides you with a glimpse of what a true dog eat dog world looks and feels like.  Joel and Ellie have formed a sort of bond or arrangement if you will.  Throughout the course of playing the title you will undoubtedly feel some remorse for the violent acts you commit, but rest assured that it’s a necessary evil.  For example, if the roving madmen inhabiting this world discover you and your youthful companion they’ll most assuredly do horribly wretched things to you both.

Quite simply, “The Last of Us” is an incredibly beautiful-looking game that really takes advantage of what the PS3 can do.  All the environments are absolutely gorgeous and detailed, while at the same time, perfectly suited to the narrative. There’s such a startling level of realism, you almost feel as though you could reach out and experience the dark, grimy environment for yourself.   Moreover, the level design is amazing and very well thought-out, it not only lends itself to exploration, but it also presents gamers with a bevy of set pieces where you encounter the infected and must either engage in stealth tactics or face them head on.  Likewise, the character models are absolutely amazing (all across the board). Needless to say, this is definitely one of the better-looking PS3 games.

This game gives us all what we’ve pretty much always wanted in a survival horror game.  We’ve got an amazing story, intriguing yet suspenseful gameplay that’s not bogged down with too much needless action, and even a unique online multiplayer mode which is both fun as well as competitive.  Without a doubt however, it is the main campaign that you’re going to want to focus on, and it’s incredible.  Stealth is basically the order of the day, if you take your time and use your head you can effectively dispatch entire rooms; rummage around clumsily or jump into a situation like Rambo however, and you’ll quickly place everything in peril.  It is this stealth dynamic which drives the game forward, without it you’d have just another lackluster shooter.  The gameplay is laid out in such a manner that you actually feel remorse for the violent acts you are essentially forced to commit upon those who were once fairly normal people, before the collapse, that is.  Those dramatic moments are contrasted by other encounters where you run across beings that are also extremely violent, and not entirely human.   In order to topple enemies and threats you are often forced to scavenge for items.  Crafting is an absolutely essential activity in this game and it will be your ingenuity in this area which ultimately contributes to your success and survival.

Upon completion of this game you can’t help but feel a certain pang of nostalgia.  The characters, story and environment are so engrossing that they will linger in your mind long after you’ve turned off the console.  Simply put, it’s very hard to find any faults with this title, and as a great many others have already noted, “The Last of Us” is something of a modern video game masterpiece.  Anyone that owns a PS3 really owes it to themselves to purchase this game, you won’t be disappointed. This game is also a very strong candidate for Game of the Year.