It would be all too easy to simply label Terraria a 2D version of Minecraft and call it a day; however, this would be quite an injustice to this wonderfully unexpected title.  Rather than leaving gamers to dredge around all by their lonesome, Terraria (much like Maple Story) allows multiple gamers to drop in and take part in the on-screen action. 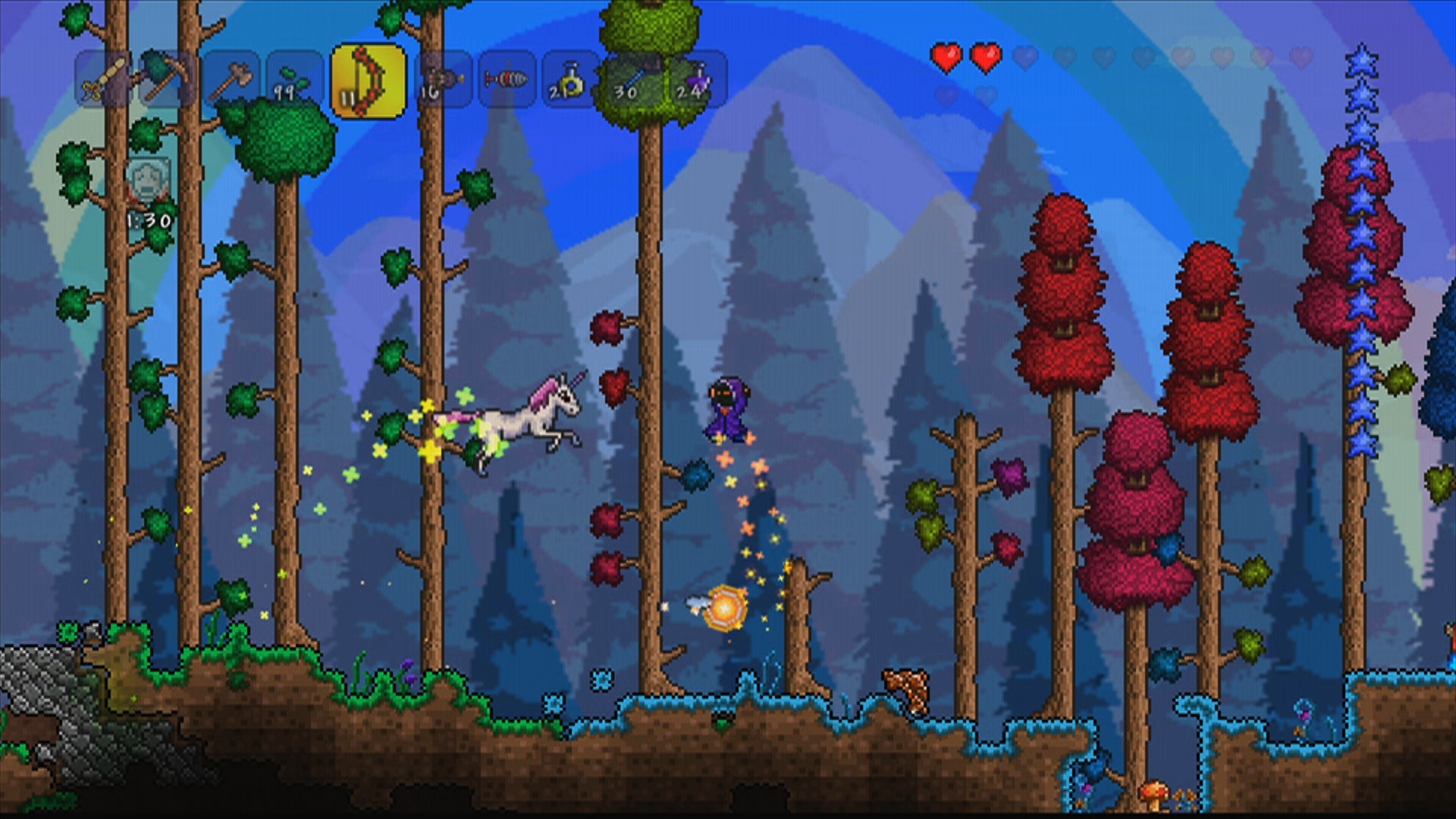 In terms of the story, there really isn’t one to speak of.   Your goal is to explore, build, above all else, survive.  This isn’t always an easy thing to do however, because you’re placed inside of an absolutely massive world that’s filled with various treasures and enemies as well as randomly generated encounters.

As previously mentioned, you will traverse a very large world throughout the course of this RPG tour de force, so there’s quite a lot of diversity in terms of items, landscape and enemies.  But one should keep in mind that this is a 2D game, so expecting amazing visuals with reactive lighting is perhaps a bit foolishly over-the-top.   For what it’s worth, this title is one of the best examples of what can be done with a 2D game once a developer really sets their mind to working inside of such limitations.  However, everything is nicely appointed and appealing in its own way.

Because you will be exploring a pretty large world, you can expect to spend most of your time gathering resources (sound familiar?)  This of course is one of the cornerstones of the game itself along with combating enemies.  While the exploration element of Terraria is certainly satisfying it is the addition of so many unique situations involving threats from random baddies and bosses that keeps things truly interesting.  In other words once you get tired of crafting, burrowing around and/or building houses you can concentrate on clearing dungeons and dealing with hostile threats. 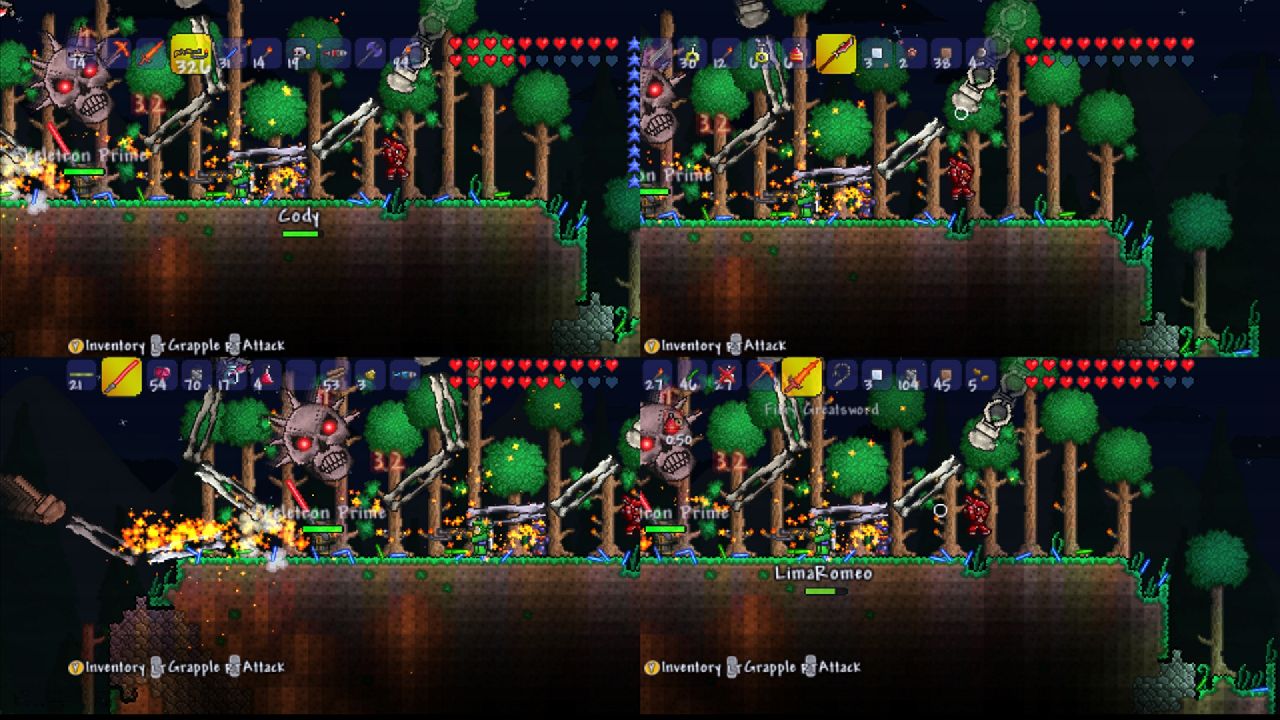 Then of course once you defeat these monsters you tend to attract other NPC’s who will then take on the purpose of providing their unique services / products and occupying your buildings.  Random events also tend to occur, like goblin attacks or various other things which relate back to the destruction of “shadow orbs”.

For gamers who really enjoy epic 2D side-scrollers, Terraria is perhaps the most impressive and ambitious of the lot of them. Yes, it borrows heavily from the Minecraft formula, but this should be seen as a good thing, not a weakness. Anyone that’s in the market for a fresh, yet familiar, perhaps slightly old-school gaming fix will certainly find Terraria to be sufficiently satisfying.