Bronze trophies
Brutal Footsteps – Silent killing – With the Silent Footsteps skill active, Brutal Melee an enemy player.
Bullet Spam – Kill with the Minigun pickup – Get 5 kills with the Minigun pickup in a single match while playing in Mobile Factory.
Cloak and Fragger – Kill Marksmen – While playing as a Marksman, kill 5 enemy Marksmen in a single match.
Exhausted – Get killed by missiles – Get killed by the exhaust from the missile launch while playing in Lente Missile Base.
Frequent Flyer – Fly for 60 seconds – With a Jetpack equipped, fly for 60 seconds or more in Tharsis Depot.
Hacker – Hack turrets – As an Engineer, successfully hack 3 enemy turrets in a single match.
Handy Man – Repair an object – Repaired an object for the first time.
Highly Decorated – Unlock Ribbons – Unlock all Ribbons in a single match while playing Operations or Warzone.
Immortal – Survive bleedout – With the Field Medic Triage ability active, survive bleedout 5 times in a single match.
Iron Man – Get a kill with the Exo – Killed a player using the Exo in any multiplayer mode.
Jetpack on Jetpack Action – Jetpack killer – While flying in mid-air, shoot down and kill another flying Jetpack player in Tharsis Depot.
Medic! – Revive another player – Revived a friendly player for the first time.
Mini-Gone – Kill a player with the Minigun – Kill any player that is using the Minigun pickup in Mobile factory.
No Go For Launch – Deactivate missile launch – Deactivate the missile launch while playing in Lente Missile Base.
Now You See Me – Kill using Cloak – Killed another player while cloaked.
Pilot’s Wings – Mid-air kill – Got a mid-air kill using the Jet Pack in any multiplayer mode.
Radec’s Revenge – Kill the ISA – Kill 5 different ISA players in a single match while playing in Radec Academy.
Spy Game – Kill using Disguise – Killed another player while disguised.
Tag. You’re It. – Kill using the Recon ability – Kill 3 enemies within a single activation of the Recon ability while playing as a Tactician.
Taken From Behind – Brutal Melee from behind – Brutal Melee 3 enemy players from behind while disguised in a single match while playing as an Infiltrator.
Team Player – Play a match as part of a squad – Joined and completed a match as part of a squad.
Turf War – Capture a Tactical Spawn Area – Captured a Tactical Spawn Area for the first time.
Turn Back Time – VC9 Missile Launcher kill – Get a single VC9 Missile Launcher kill in Radec Academy.
Up Close 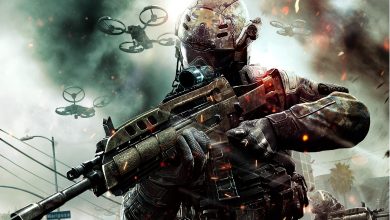