If you’re a fan of the basic fighting system developed by the Mortal Kombat franchise and just so happen to strongly favor the character line-up from DC comics, then you’re going to like Injustice: Gods Among Us.  Yes, for those that always wanted to play a game that features playable characters such as Bane, Batman, Catwoman, Doomsday, Green Lantern, Superman, and even the Joker (among many others), this game is probably going to win you over a bit. 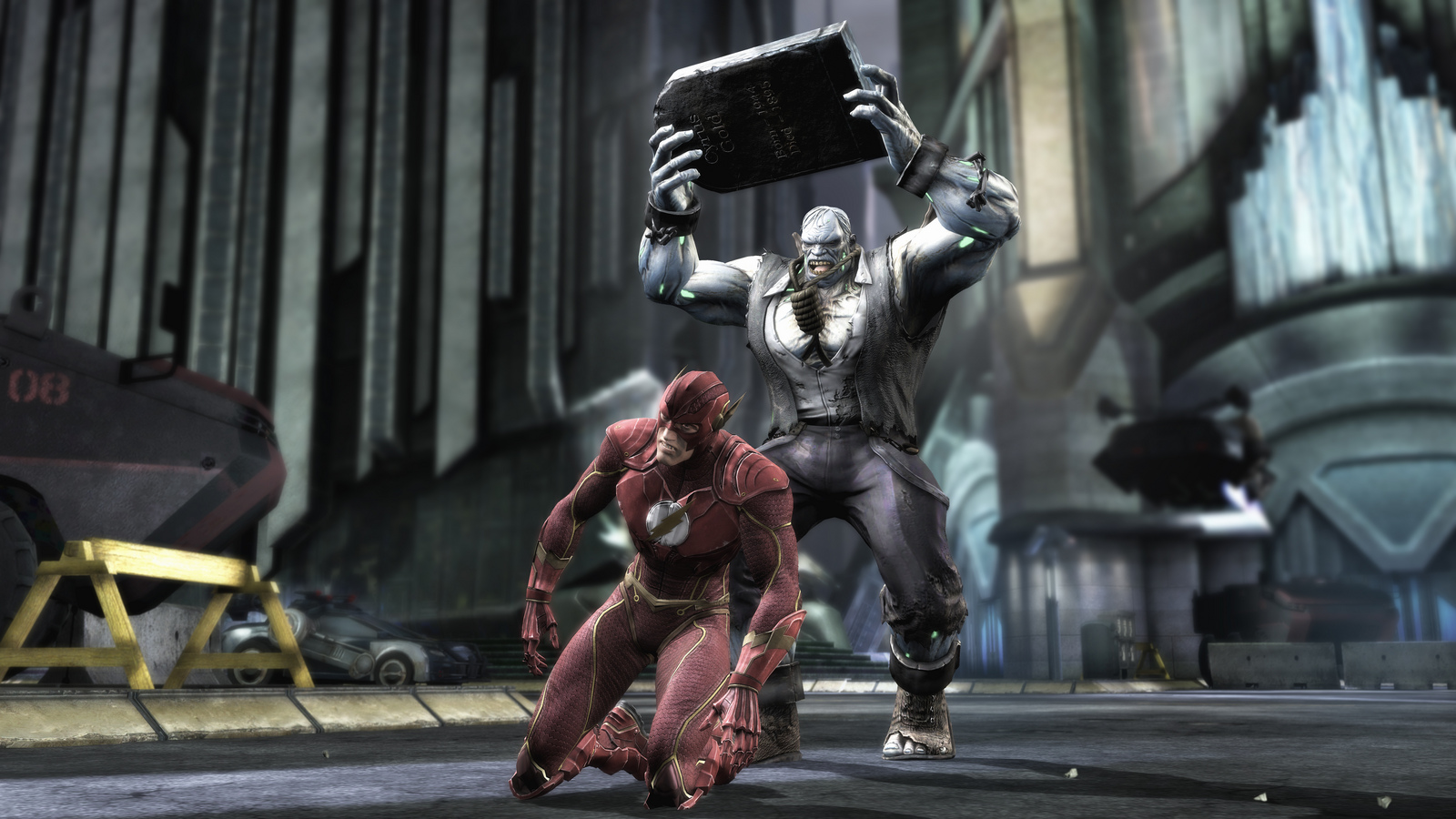 However, this doesn’t mean that it’s perfect, I:GAU has its weaker points as well, the story may or may not resonate with you, it is a rather tremendous departure from what DC fans might be used to. Having said that, it does possess a certain charm, and it’s certainly a very imaginative deviation from the norm.

Graphically speaking, Gods Among Us is a fine-looking game, even the most aggressively cynical gamer would have to admit that it’s at least somewhat stimulating from a visual standpoint.    All the little quickly interjected set pieces and moves are really fun to watch play out, and the fact that it’s a part of the action makes the on-screen antics that much more enjoyable.  Naturally, the character models are finely detailed and accurately rendered, as are the environments.

The true measure of any fighting title is its gameplay of course, and Injustice: Gods Among Us was obviously created by a team that understands this notion perfectly well.  For starters, you’ve got three basic levels of attack at your disposal.  These can also be chained together to form combos, all of which are unique to specific characters (which is arguably what gamers are going to find most appealing).  It doesn’t stop there though, successfully land enough attacks and you’ll charge up your ”super meter” high enough to unleash devastation upon your opponent. 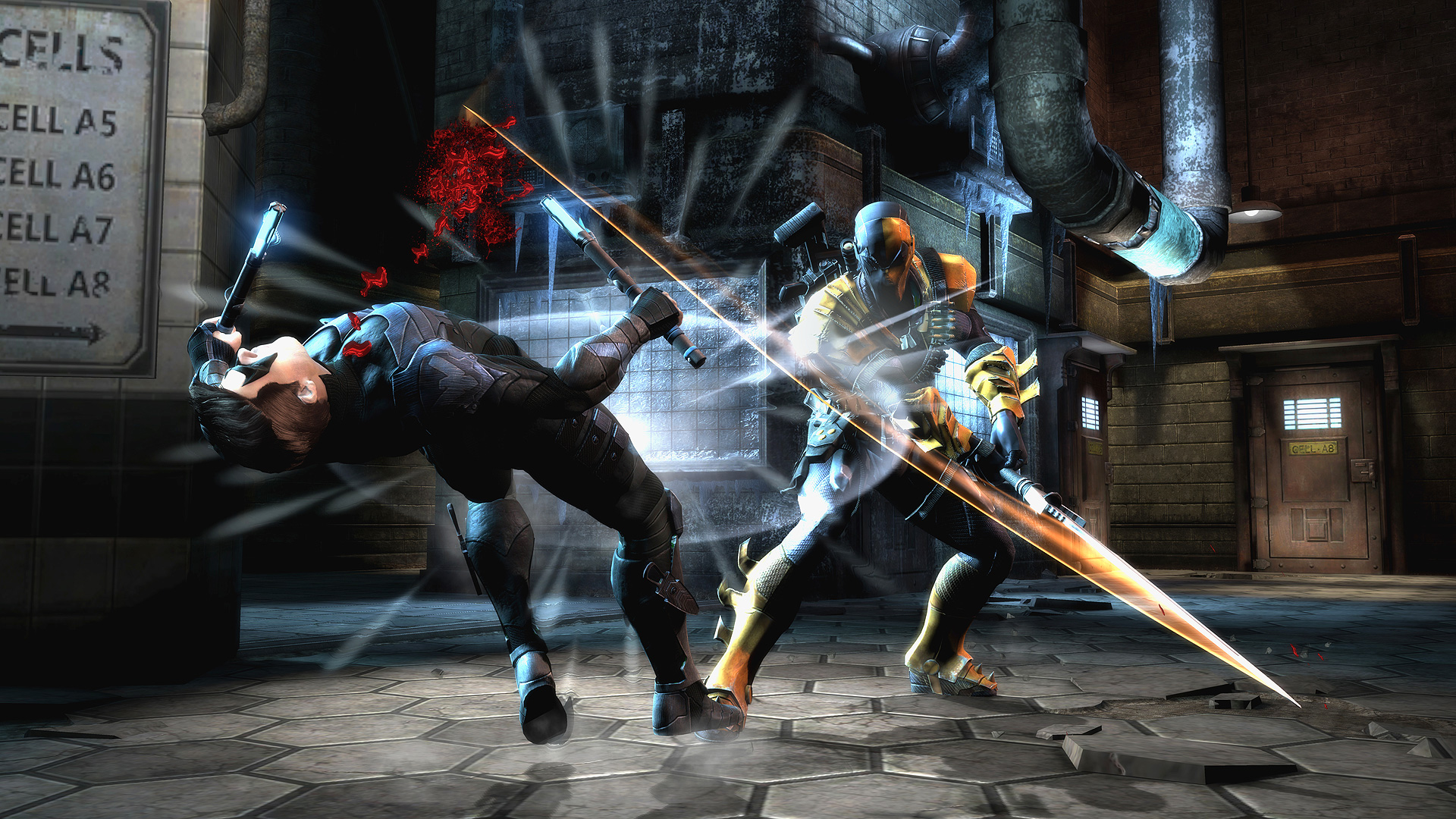 Those who are already familiar with 2011’s Mortal Kombat, the combat and blocking systems are going to feel like the handshake of a familiar friend. Newly added is the concept of “wagers”, which allow players to place bets using the accumulated energy in their “super meters”, obviously, the player with the highest wager, wins.  This allows you to either stop the opponent dead in their tracks or completely finish your chilling combo.  The action is definitely over-the-top, but that’s the point…to wallow in the sheer insanity of the whole experience and above all else, have fun, right?

At the end of the day, this is your typical modern fighting title.  You can take that as a positive or negative thing; in truth, it’s a solid game that does what it’s supposed to in terms of servicing the genre from a technical standpoint.  It’s got the “star power” angle going for it, that’s for sure (at least as far as fictitious super heroes are concerned).  Fighting genre fans are going to enjoy this one, as are most comic book fanatics.