The Grand Theft Auto series has been a staple of the last couple of console generations.  It has single-handedly helped to introduce legions of gamers to the virtues of open-world gaming and unabashed virtual mayhem.  With the latest installment, developer Rockstar North has pushed the envelope even further by telling the story through the eyes of not one, but three protagonists, Michael, Trevor and Franklin.  GTA V is bigger and better in almost every way imaginable; its presentation is nearly flawless, the map, enormous.  There’s simply a wealth of things to do and see, it’s a never ending cavalcade of fun and excitement that is action-packed, darkly humorous as well as highly dramatic at times.

Our three main characters are very different men; they’re essentially pastiches of the types of individuals which you usually find at the helm of other GTA titles.  Michael is the “old hat”, he provides something of a glimpse into the more human side of the equation, where things like family and history are most important.  By contrast, Trevor is the out-of-control hooligan who provides the fireworks, so to speak.  Then of course there’s Franklin, who plays the part of the reluctant newbie, who is thrust into this startling criminal world all at once and is just trying to come to grips with it. 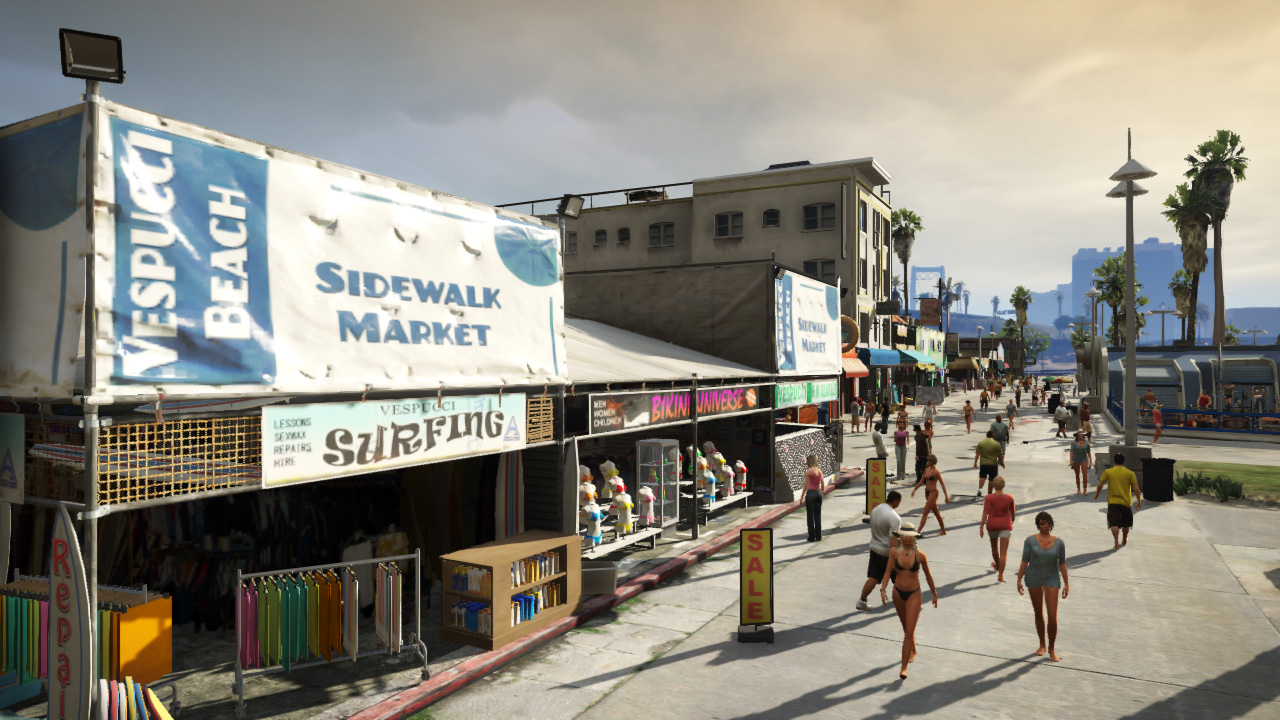 Moreover, each person also has their own respective missions and back story to explore, along with certain unique abilities.  For instance, Michael can enter “bullet-time” when in a gun battle, Trevor can turn on his psychopathic charms and deal 2 times the damage while only receiving ½ of what he normally would, and of course, Franklin can slow things down when he’s behind the wheel.  All in all, it is the interplay between each of these three personages which helps to flesh out the feel and purpose of this ambitious game.  In truth, you get the feeling that it was necessary to split the title up amongst three individuals due to the fact that the game itself is so colossal in scope.

Aside from its trademark open-ended gameplay, the main star of the show in GTA V has to be its incredible visuals.  In short, every facet of its predecessor’s formula has been dramatically improved upon; there is truly a stunning level of detail present.  Likewise, the character / car / aircraft models are also quite stunning and impressive. However, the most alluring aspect of this title has to be its massive map, which is undoubtedly much larger than any other GTA map we’ve seen before.  Having such a large area to work with allowed Rockstar North to create more varied environments as well, even bringing back some of the rural / countryside areas outside of the city.   Los Santos provides you with an unbelievably big buffet of activities to choose from, not a mindless sort of hustle and bustle, but a living, breathing city that has an incredible amount of diversity and character. 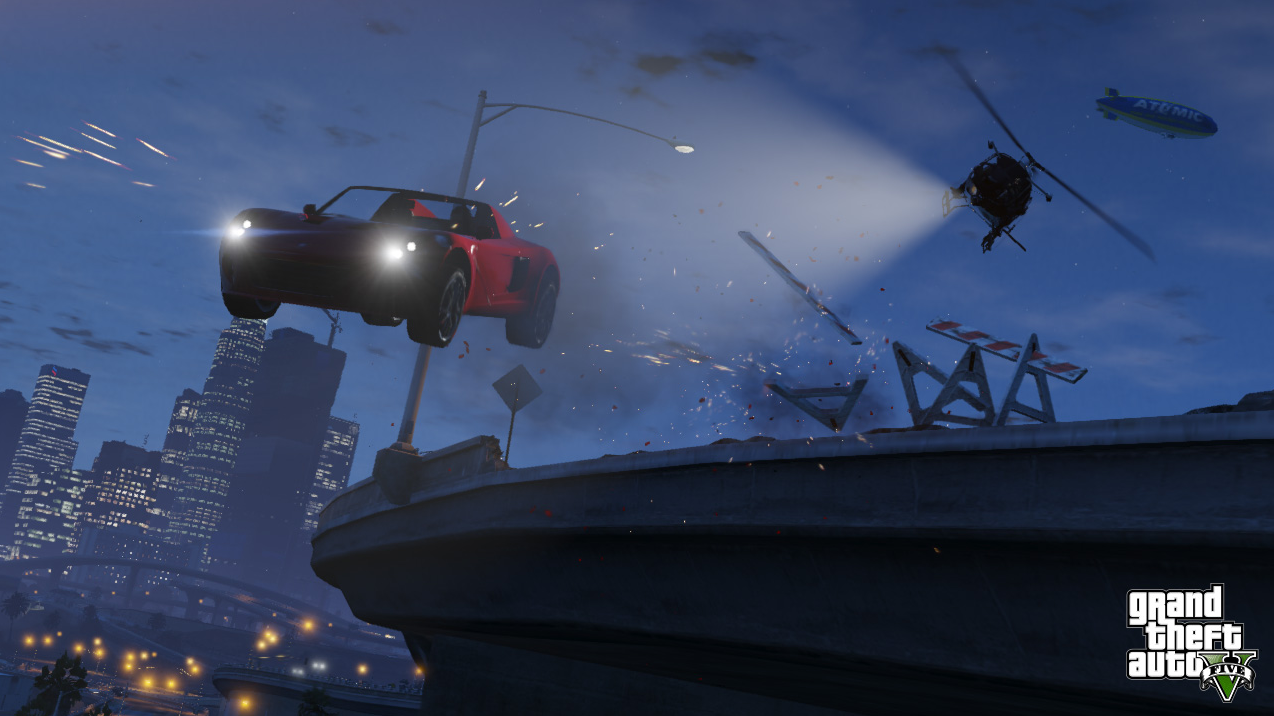 There’s one thing you should know about GTA V right now, it’s basically a thrill ride from start to finish, thanks in part to its wonderfully updated gameplay.  Not only are there plenty of over-the-top action elements available (like motorcycling on top of trains and flying aircraft into one another), the combat system has also been modernized. This basically means that you are able to better strategize when it comes time to fight, and not simply running around awkwardly jumping and trying to hide behind corners.  Of course there’s plenty more to do aside from accepting missions too; like jacking cars, causing mayhem, hitting banks and being a nuisance.   You can also play tennis, go hiking, do yoga, fly aircraft, go golfing, go hunting, go diving, and of course, race on land or on the water.  Of course once you’ve beaten the game and perhaps grown a bit weary of trawling around, you can check out the intense multiplayer action with up to 16 others. 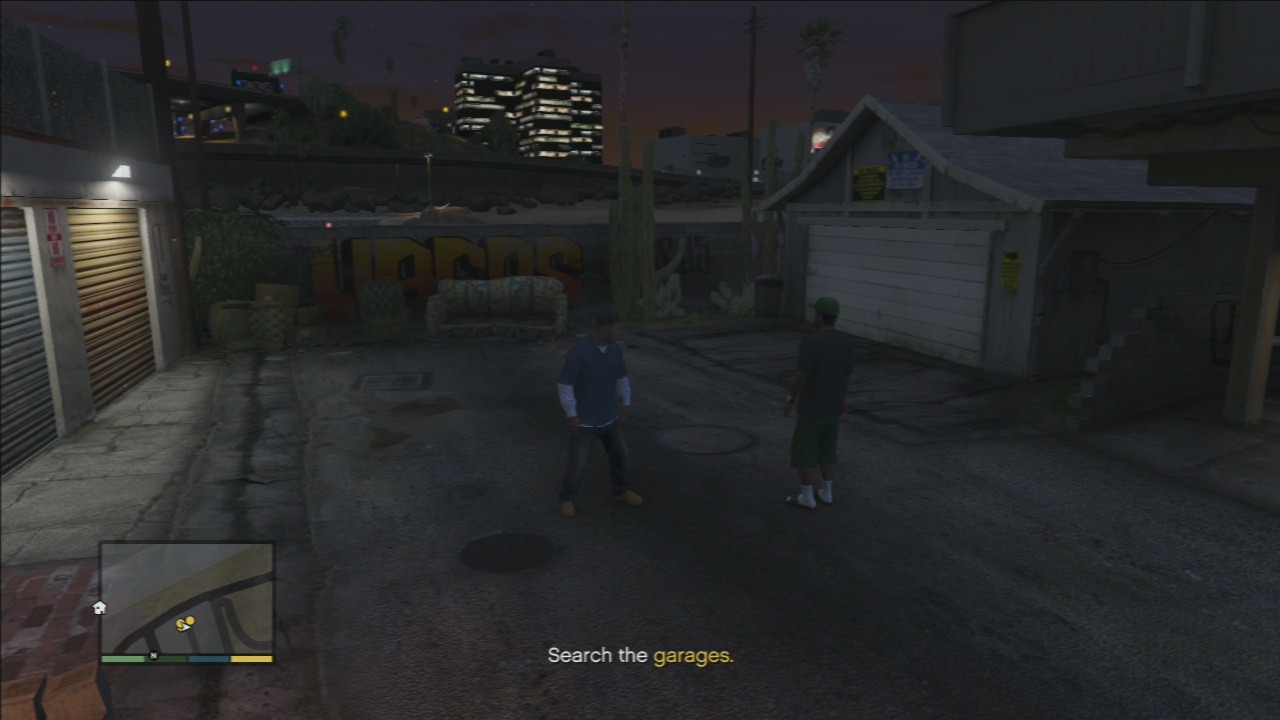 This is the sort of title that makes you want to spout a string of superlatives.  It’s not only extremely dynamic and deep in terms of its core gameplay and exploration elements, it’s also highly entertaining and even comical.  This combination of elements sucks the gamer in and brings them to the verge of sensory overload.  But rather than push you over the edge, the game pulls you back and shows you something ridiculous, which really seems to hit the spot.  Highly recommended, get it now, ASAP.