In short, Dynasty Warriors 7: Empires is sort of a cross between a “button-masher” and a strategy game.  This is also a franchise which touts a long, storied series of games; including a few spin-offs.  In terms of the basic story, DW7: E is set in a mythical “Three Kingdoms”-era China and gives gamers several choices with regards to how they want to carry out their business.  First off, you’re given the choice to enter the game as either a ruler or a subject; however, regardless of what kind of character you choose, the goal is still the same – to capture territories or states, and complete missions.

Despite its many endearing features and action-oriented gameplay, DW7 does suffer form some rather disappointing realities; namely, it’s rather “tired” approach to the same formula.  Sure, once you have a few successes under your belt as a developer one might argue that it’s somewhat dangerous to mess with the formula, but Dynasty Warriors 7 could have perhaps benefited from some kind of deviation or another.  Having said that, some gamers might feel that there’s absolutely nothing wrong, especially if they’re new to the series.

This is a very bright and colorful game which utilizes a lot of flashy special effects to bombard your visual cortex.  Glitz and glimmer is pretty much par for the course when it comes to hack-and-slash / button-mashers, and although this game isn’t strictly rooted in such a style, it makes use of that particular art style.  Both the environments and character models look good as well; once again, nothing too Earth-shattering as far as graphics are concerned, but there’s not really anything to complain about either (as far as visuals are concerned).

As previously mentioned, this is largely a button-masher, meaning – you shouldn’t expect an extremely deep level of gameplay as far as controls are concerned.  However, you will have to engage in some strategy if you want to complete this game (this is especially true if you elect to play it on one of the harder difficulty settings). 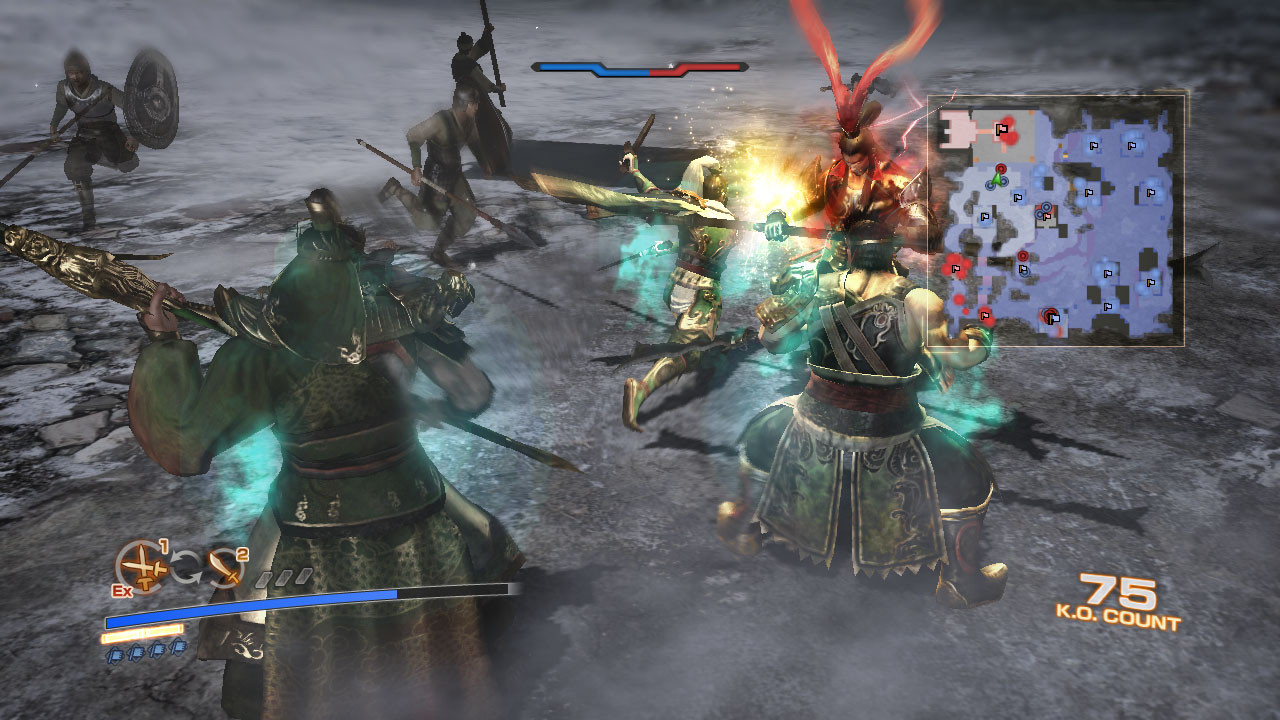 If you begin the game as a strategist / ruler, you will attend war council meetings which will allow you to lay out your basic strategies for domination.  Conversely, if you start off as subject, you will need to complete missions.  In either case, it’s pretty fun and each path has its own rewards and drawbacks.

Critics seem to have absolutely blasted this game to bits; some even going as far as calling it a complete failure.  In all honesty, that’s probably a bit harsh; sure, it has some problems, but it’s not nearly as “broken” as some might lead you to believe (just check out the rather high marks it has been getting from users, for instance).  All in all, fans of the Dynasty Warriors series will probably be eager to play this installment, and they would be entirely justified in doing so.  If however, you’re new to the series, it’s going to be tough to say whether or not you’ll like it.  If you enjoy hack-and-slash titles and strategy, you’ll probably like it a lot.  If you’re not really into that kind of thing, perhaps you’d be better served by avoiding it.