When the original Dead Island was released it received somewhat mixed reviews.  Some felt that it was the perfect embodiment of a semi-open world zombie-based survival horror title (with an amazing online co-op feature no less), while others saw the game as a series of missed opportunities to create something even better.  Regardless of what side of the argument you fall on, you should know that this latest entry, Riptide, is pretty much more of the same.

In truth, it’s not even worth mentioning the story here, it’s just more of the same stock, B-movie clichés we’ve come to expect from the franchise…par for the course.  But don’t get the wrong idea; this actually works to Riptide’s advantage in some strange way.  Rather than try to “take itself seriously” with regards to its plot, Dead Island: Riptide simply gives gamers exactly what they want, clear and interesting objectives which drive the action forward.  We don’t need to be able to fully relate to our character as long as there’s something critical and important for us to accomplish, preferably in group form.

While Riptide isn’t the best-looking game of this generation it’s certainly not ugly.  Sure, there are some minor texture issues and graphical display problems which you might encounter, if only for a brief moment, but they’re really far and few between and don’t impact the overall experience.  Having said that, the environment is nice and certainly begs to be explored; you’ll love rummaging through boxes and drawers in random locations.

As previously mentioned, not much has changed between the release of the first game and this installment; in other words, gameplay hasn’t really changed that much at all either.  This is still a “hack ‘em up” FPS title with RPG overtones and a leveling system tacked on. 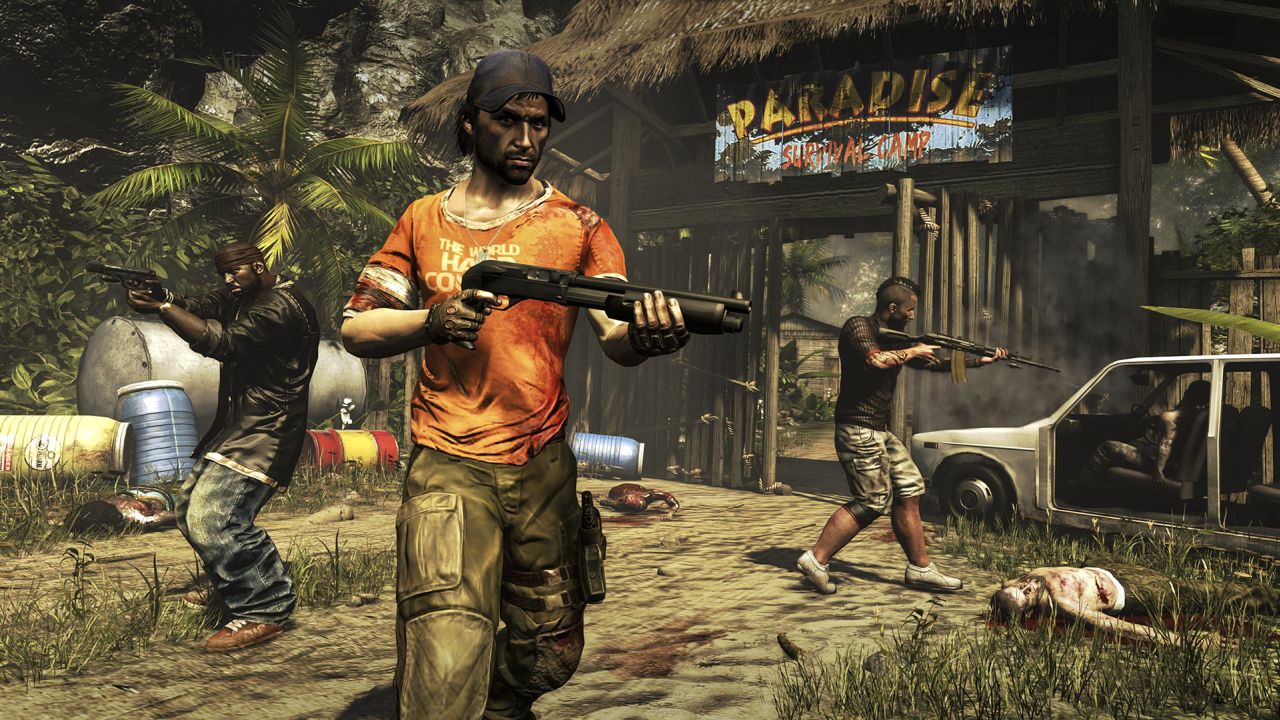 Having said that, there are some minor twists and turns as well as an incredible amount of content that the game boasts; in short, you’ll spend hours upon hours dismembering zombies with your buddies, perfectly contented.

Those that are expecting a 5 star experience that’s on par with something like a major franchise release (think: Halo) will be somewhat disappointed with Dead Island: Riptide.  However, this does not imply that the game is bad or even lackluster in any way.  In truth, this title sets out to do something very specific and basically achieves it.  The focus of this game is not on perfect cinematography and storytelling, it is survival, completing objectives and unabashed gore.  If you’re a fan of the original Dead Island, then you will want to pick this up, it’s basically more of the same with a twist, but that’s a good thing, right?  If you’re a gamer that’s looking for a definitive experience that’s designed to expand your boundaries and tickle your cerebral cortex, well, it might be best to look elsewhere, this game is about killing zombies.