What is Ben 10 and why Ben 10 games? Ben 10 is just your average little boy; or at least he started out that way. He now leads a pretty exciting life to say the least and for this reason, his TV show, produced by Cartoon Network, is ever popular amongst kids. 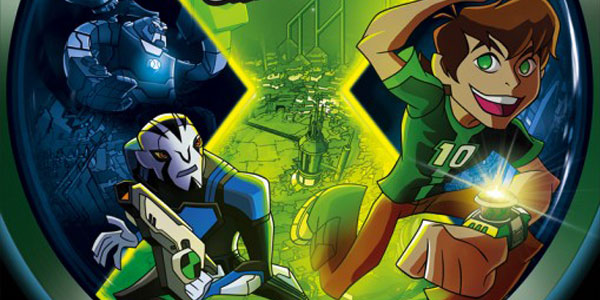 Ben 10 fights the evils that come with any walk of live but with a little bit of a twist. Ben and his friends battle against evil aliens and the extra-terrestrials out there. Ben’s journey began when he found a ‘watch’ whilst camping with his grandfather and cousin, Gwen. This watch was the Omnitrix and gives Ben the ability to morph into different aliens. This device means Ben is faced with a constant battle to protect the universe whilst attempting to help bring peace amongst the species. Not an easy task, for sure, but Ben is classed as a superhero and fights on through.

Ben and his friends face awesome adventures and thrilling battles. The Ben 10 game comes in so many different forms! There are plenty to choose from to give the fan or gamer a real sense of what Ben is faced with in this superhero lifestyle. In some games, the gamer can choose which alien form he or she takes, as Ben, to fight the battle a head. The Cartoon Network alien profiles online tell you everything you need to know about each alien, although, if you’re a fan then you will probably already know the details! Each alien form has its own strengths and abilities and the best possible way to find out which is best suited to the game or battle is to give it a go! There’s Grey Matter, who is really clever and able to squeeze through small spaces – ideal for inside repairs which can be very convenient for Ben although not that exciting on the battle front. On another level, there’s the awesome Heatblast who can start or put out fires; flinging fireballs in defence during those unexpected battles. Stink Fly can attack anything with his ultra-sharp tail. He can also fly and has pretty impressive acrobatic skills. Cannonbolt is really cool and able to act like a wrecking ball, curling up with a super hard shell or armour so he is an unstoppable wrecking ball. There’s quite a lot to take in, right? So make the most of those online profiles to be the best in your game.

Play Ben 10 games online for free, watch the episodes or find out more about the characters, aliens and evil aliens. The ultimate Ben 10 game is there for you to decide on, but there is a bit of a helping hand as well. Using the starring ranking system gives you an idea of which games are the most popular, although, as they are free to play, there’s no reason why you can’t try them all out anyway! Star a game after you’ve played so others can benefit from knowing which games you think are the best too.